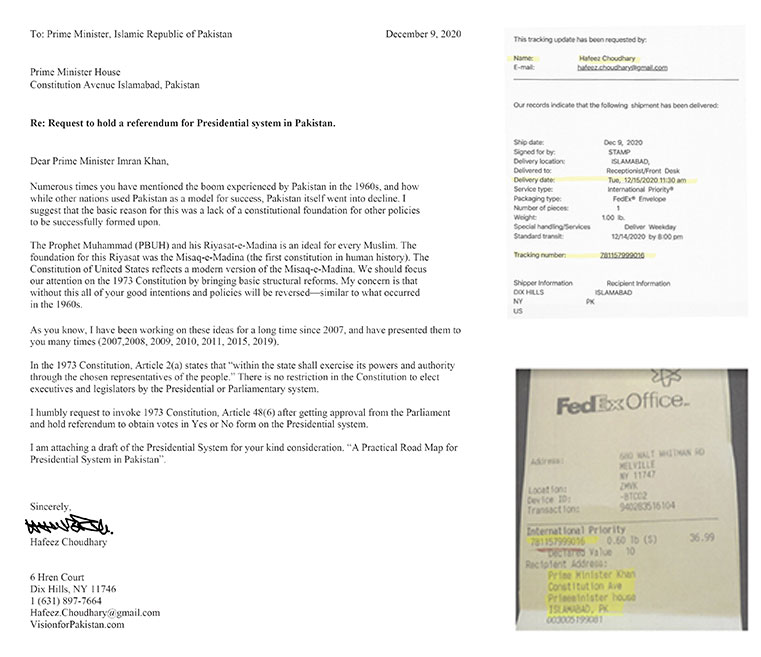 Meeting with Imran Khan at Bani Gala, 30th Jan 2015 to discuss constitutional reforms and to handover to Imran Khan a draft copy of A practical road map for a presidential system 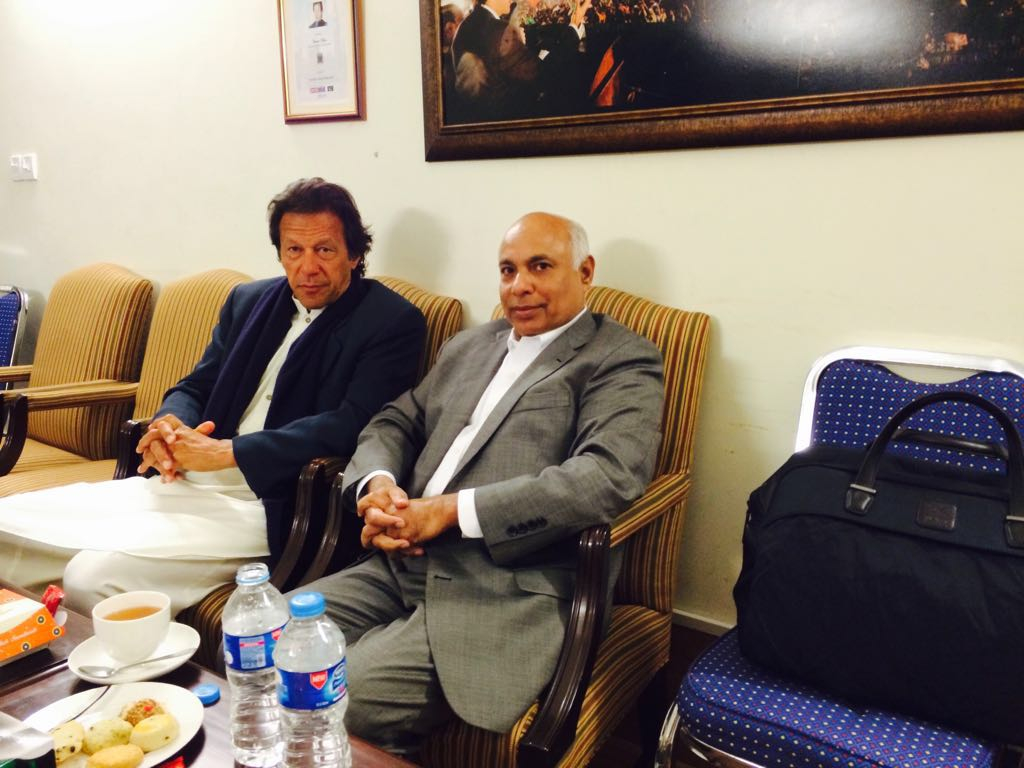 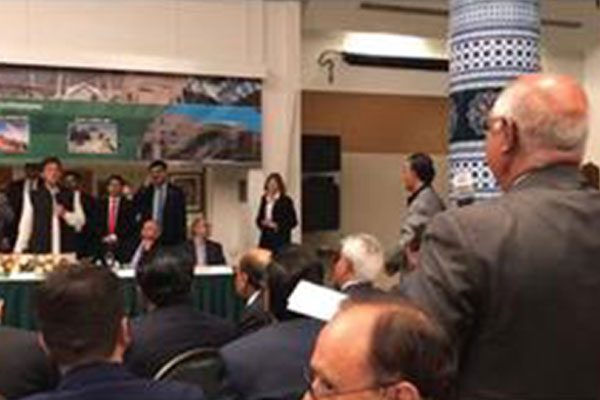 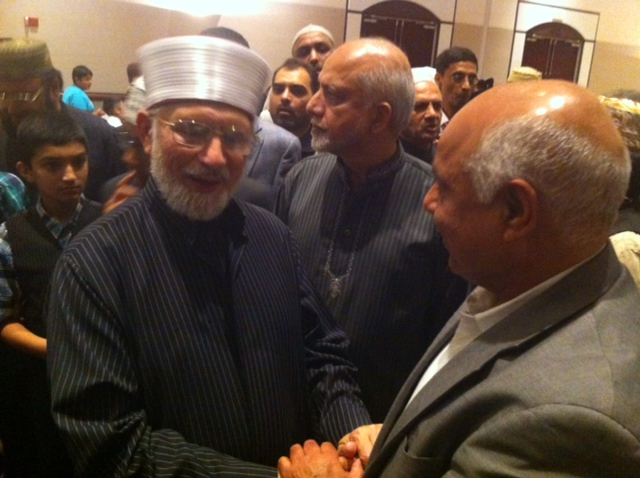 Meeting with Tahir ul Qadri, April 19, 2014, in Houston Texas having a discussion about constitutional reforms
the second meeting was held in Toronto Canada June 6, 2014
Conclusion:
We agreed that “Revolution” means to bring structural changes in the 1973 constitution of Pakistan but Mr. Qadri did not agree to do some homework on this and build consensus, Qadri agreed to 80% of my structural reforms for a presidential system in Pakistan.

Hafeez Choudhary was born in 1958 in Sahiwal, Pakistan. He completed his master’s in petroleum geology in 1984 from Punjab University in Lahore. He worked for the Oil & Gas Development Corporation (OGDC) until 1992 when he and his family moved to the United States. Hafeez became a permanent citizen and established a business in real estate development concentrated in New York City.

Hafeez started to draft a vision for Pakistan concerning political, social, and economic justice about 45 years ago. His philosophy is organic, based on his own observations and logical conclusions, untainted by the confines of political parties, religious organizations, NGOs, etc. The solutions to achieving political justice in Pakistan proposed by Hafeez have been presented to important political leaders in Pakistan and the electronic media. 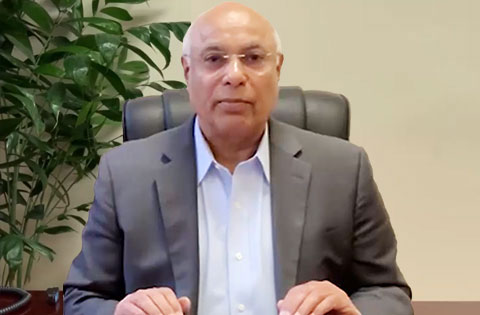 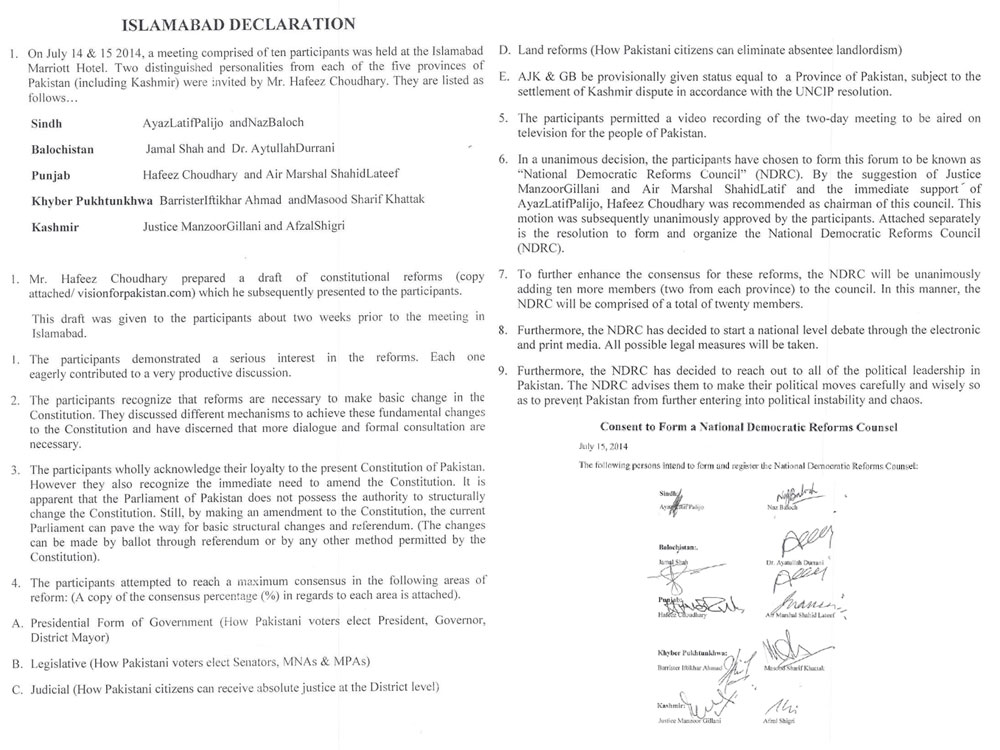 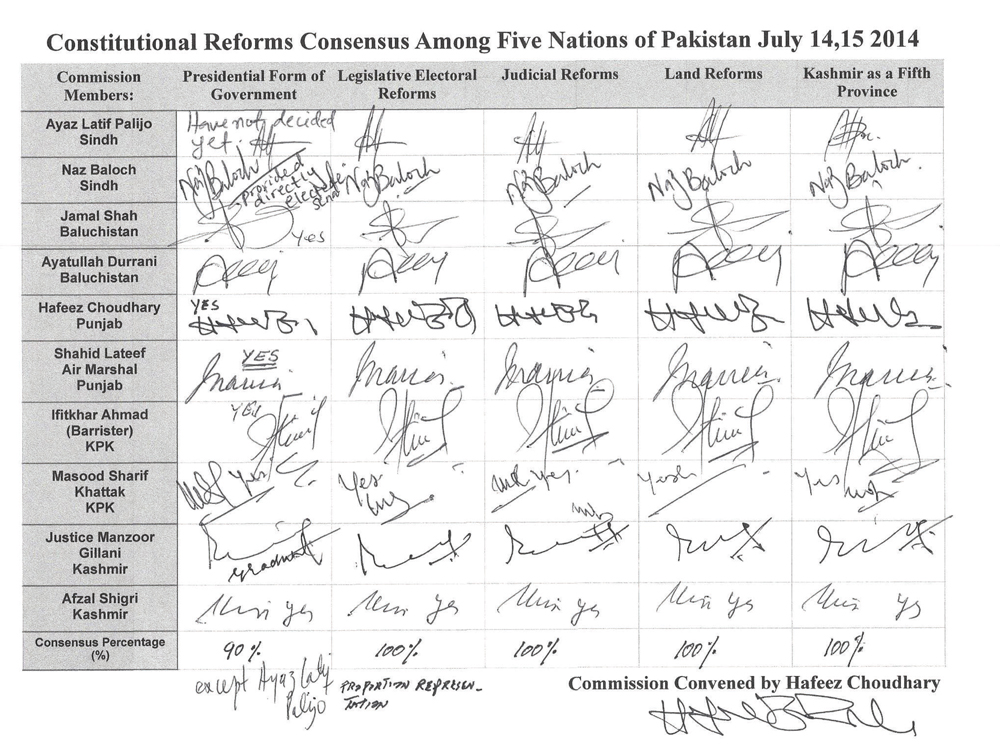 I presented that Pakistan should make its base strong which is constitutional nationalism by bringing structural reforms in the constitution for a presidential system, stabilizing the country politically which is the actual security threat to Pakistan.

Meeting with Politicians from 5 provinces at Marriott Islamabad on November 15, 2015
This was a follow-up meeting. 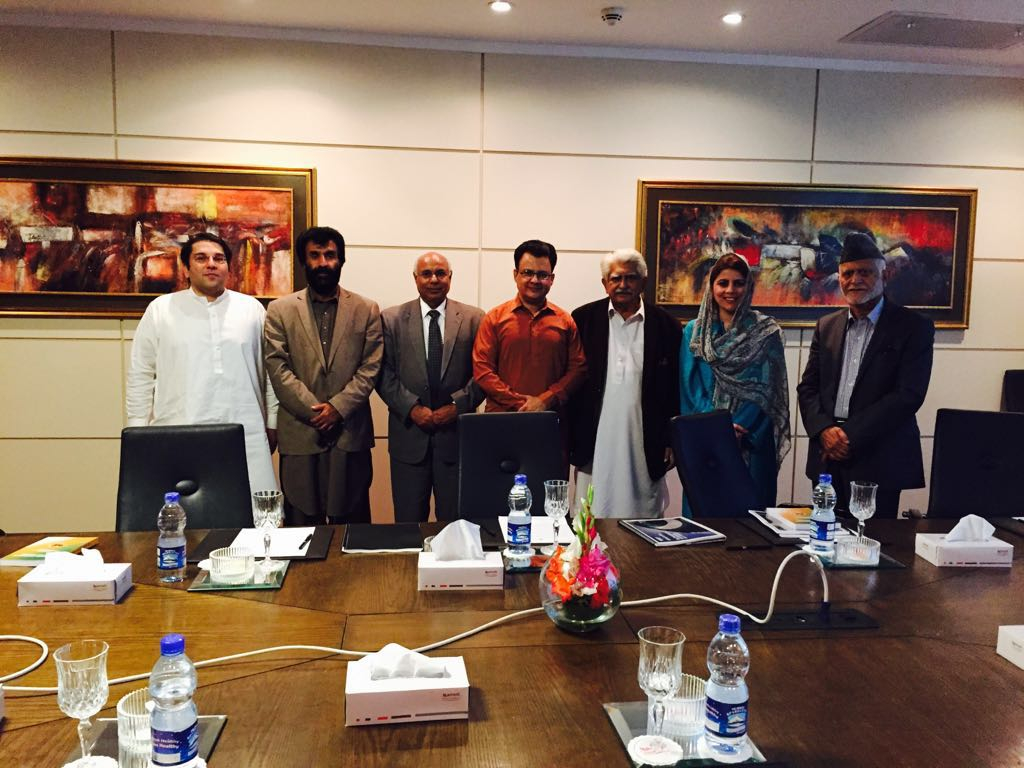 Vision for Pakistan presentation Sahiwal club on November 20, 2015, I felt the general public is more willing to adopt the presidential system in Pakistan.

I had 5 meetings with Justice Iftikhar Chaudhary during November and December 2015. Justice Iftikhar was in Favor of a presidential system but unfortunately doesn’t want to adopt any road map to achieve this goal. 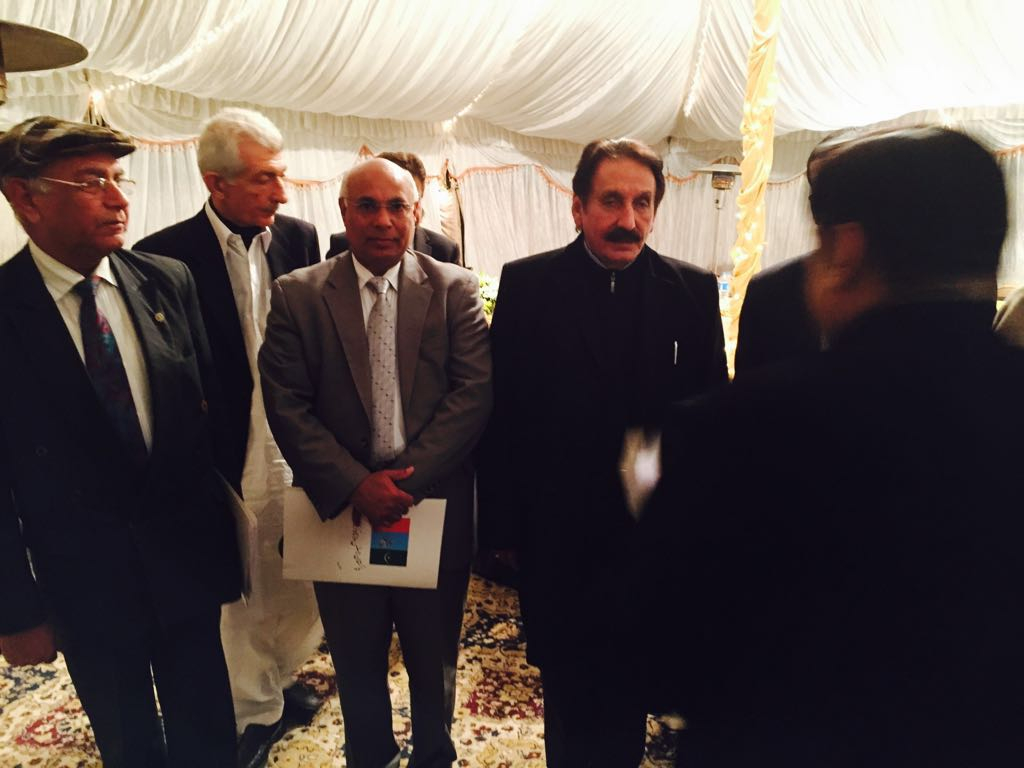 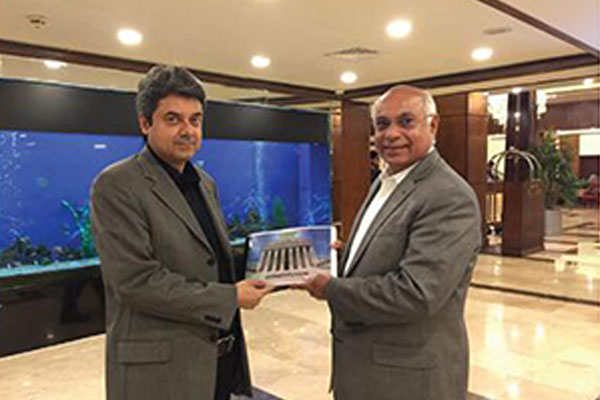 One day National Conference on, “Constitutional Reforms: Governance and Implementation” organized by Pakistan House, an Islamabad based think tank, on Monday, Jan 13, in Serena Hotel, Islamabad is set to attract a large number of policy experts, politicos, media, academia, and students from several universities. Organizers of the conference hope to kick start a national dialogue on Pakistan’s form of governance; they ask: if Westminster parliamentary system has served Pakistan well? The 18th Amendment will also come under sharp focus.

Pakistan House, an Islamabad based think tank is organizing a one-day national conference on, “Constitutional Reforms: Governance and Implementation” on Monday, Jan 13, in Serena Hotel, Islamabad – event is set to attract a large number of policy experts, politicos, media, academia, and students from the capital city’s several universities.

Panelists include prominent media persons, politicians, and ex-civil servants who have served at important positions. Rana Athar, founding Director-General of Pakistan House, has briefed GVS on the objectives of this conference.

Rana thinks that this paradox needs to be examined and expects that panelists will also touch upon the increased complexities of governance and delivery in Pakistan – especially since the devolution instilled by the 18th Amendment in 2010.

Both sessions have invited a Keynote Speaker Mr. Hafeez Choudhary. Mr. Choudhary who is being described as a founder of “Vision for Pakistan”

He points out that while Westminster’s parliamentary system has served England well, it needs to be discussed if it has also served Pakistan well? And if not then why not? Could the Presidential system – like in Turkey – provide a solution to Pakistan’s unique challenges?

Pakistan House is active between Islamabad, Copenhagen, and London since 2012. It has organized several conferences on national and international issues – attracting experts from across the world. It has diverse areas of interest that include: Pakistan’s Foreign relations, Trade & Tourism, Climate Change, Energy & Power Crisis and is working to generate ideas on Counter-Terrorism (CT) and Countering Violent Extremism (CVE)

General Ehsan Ul Haq NI (M) (retd), former Chairman Joint Chiefs of Staff Committee is the founding Chairman of Pakistan House and appears to be the inspirational force behind this think tanks. Gen. Ehsan, unlike many of his contemporaries, has remained active in the think tank circuit the world over despite his retirement more than 10 years ago.

Sessions of the Conference & Panelists

Both sessions have invited a Keynote Speaker Mr. Hafeez Choudhary. Mr. Choudhary is relatively unknown in Islamabad’s circles but is being described as a founder of “Vision for Pakistan” and a philanthropist from the United States.

Amongst these media personalities is perched Maj Gen Ejaz Awan (Retd). Former ambassador and a senior defense analyst. Gen. Awan, in his long military career, had also served in Swat during the operations against the Taliban in 2009.